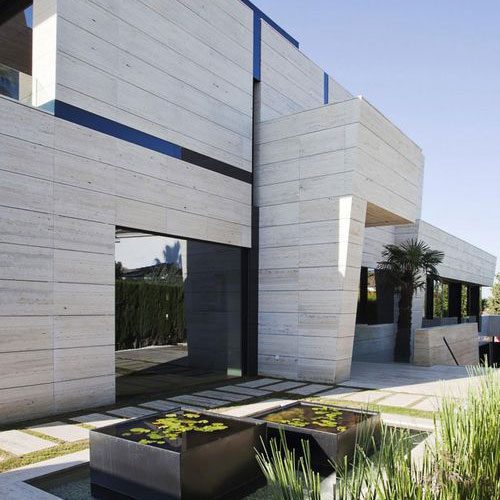 One of the most used building stones is travertine, which is used in most buildings. This stone has a decorative aspect and has porous limestone. Travertine is formed from the deposits of hot water springs and holes on the rock caused by trapped gases.

Travertine has a high variety of colors and patterns, which are used in the walls of buildings, the floor of swimming pools, paving stones, and facades.

In the Middle Ages and even before that, travertine stone was used to design buildings. This stone was discovered in 75 BC and was seen abundantly in Italy. The Romans made famous works of travertine, and the Colosseum is one of the most famous of these buildings.

The name of this stone is due to the name of the city of Tiburtinus, which is located in Rome.

Travertine in our beloved country of Iran has attracted the attention of designers and architects for several years.

Place of formation of travertine stone

Travertine is a calcareous sedimentary stone that is formed by the deposition of minerals and calcium carbonate caused by high temperature in hot springs and limestone caves, as well as in areas with hot weather and heavy rainfall and steep slopes.

How to color travertine stone

Among the advantages of travertine stone, the following can be mentioned:

And the disadvantages of travertine stone include the following:

Travertine is among the stones that are abundantly available in Iran as well as in Italy. In Central province, Mahalat city has the highest rank of producer and miner of travertine stone. Popular travertines such as Abbas Abad travertine are extracted from the mines of Mahalat city.

Ateshkouh travertine, Bokhari Valley travertine, etc. are other popular stones of this region.

Other regions such as Isfahan, West Azarbaijan and Yazd also have a large share in travertine mining.

Travertine stone can be processed in the following ways:

The stylish and luxurious appearance of the travertine stone in a polished cut has caused this stone to have a shiny surface that reflects the light.

In this type of processing, the stone has a uniform appearance, but it is opaque and prevents the reflection of light.

The processing of travertine in the form of a brush has created a rustic appearance that the use of special brushes and the creation of textures has created such an attraction.

In this type of processing, the stone is first measured and then cut and placed in a plastic cover, and its surface is sanded with water and abrasive materials, and sometimes some acid is used in its processing. This type of travertine has a natural appearance.

Tumble travertine is the same as brush travertine and the only difference between the two is that tumble has smoother corners.

According to the type of stone, travertine has different prices, but in general, travertine has a more reasonable price than other products and is placed in the category of affordable luxury stones.

The choice of this product depends on the desired location and if it is stored correctly, it can be used for a long time. Correct installation is one of the important factors that has a direct impact on the stone’s resistance.

Travertine has neither the smoothness of marble nor the roughness of granite. If a heavy object is dragged on the travertine stone, it causes scratches on the surface of this stone.

How to clean travertine stone

For better maintenance of this stone, it is recommended to apply sealer to the surface of this stone every 3 to 5 years, provided that chemical products are not used to clean this stone, in which case the period of use of sealer will be shorter.

To clean the travertine stone, it is necessary to first sweep the surface of the stone and clean it from dust, the presence of dust causes the stone to turn pale and change its color.

You can use a tablespoon of non-acidic dishwashing liquid to clean the stone, mix it in water and clean the surface of the stone and then clean it with water and finally remove the moisture and wetness of the stone with a dry towel.

To clean the seam between the travertine stones, it is enough to apply some baking soda and water to this seam with a brush. Be careful not to damage the grout.

The constituent compounds of travertine stones have caused variety of designs and colors in these stones. These compounds include minerals, weather temperature, calcium and other impurities.

The lower the amount of water used in the ingredients, the brighter the color and the higher the price. In the following, we will give a brief explanation about the types of travertine stones.

Abbas Abad travertine is one of the best white travertine stones in the world and is mostly used in building facades. This stone has high sandability and very favorable adhesion. Some varieties of Abbasabad travertine have brown and honey marble veins, which has caused the price of this stone to increase. 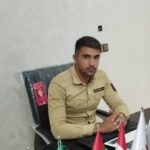 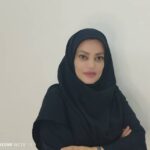 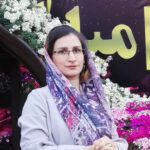